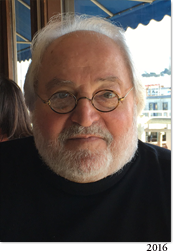 Alioto & Alioto LLP is a business litigation firm located in Northern California. Our clients are small to medium-sized businesses including listed, public companies. We work on either a contingency or time and materials basis. When required, we have associated other attorney specialists to work under our direct supervision to aid in the prosecution or defense of our clients' cases. Such association is always done with prior client guidance and approval.

The practice of Alioto & Alioto LLP is to represent clients in business litigation. This litigation has been on behalf of the antitrust plaintiff and includes antitrust defense, intellectual property disputes (patent, copyright, trade secret, trademark and Lanham Act litigation), and various typical business disputes such as contract, partnership and shareholder disputes, real estate claims and etc.

John I. Alioto Statement of Qualifications

The following Statement of Qualifications is a brief description of the highlights of my experience in business litigation:

Alioto & Alioto LLP is an antitrust, intellectual property and business litigation firm located in Northern California. Alioto & Alioto's clients include small to medium businesses including listed, public companies. Where required, Alioto & Alioto LLP has associated other law firms to work under its direct supervision to aid in the prosecution or defense of our client's case. Such association is always done with prior client guidance and approval.